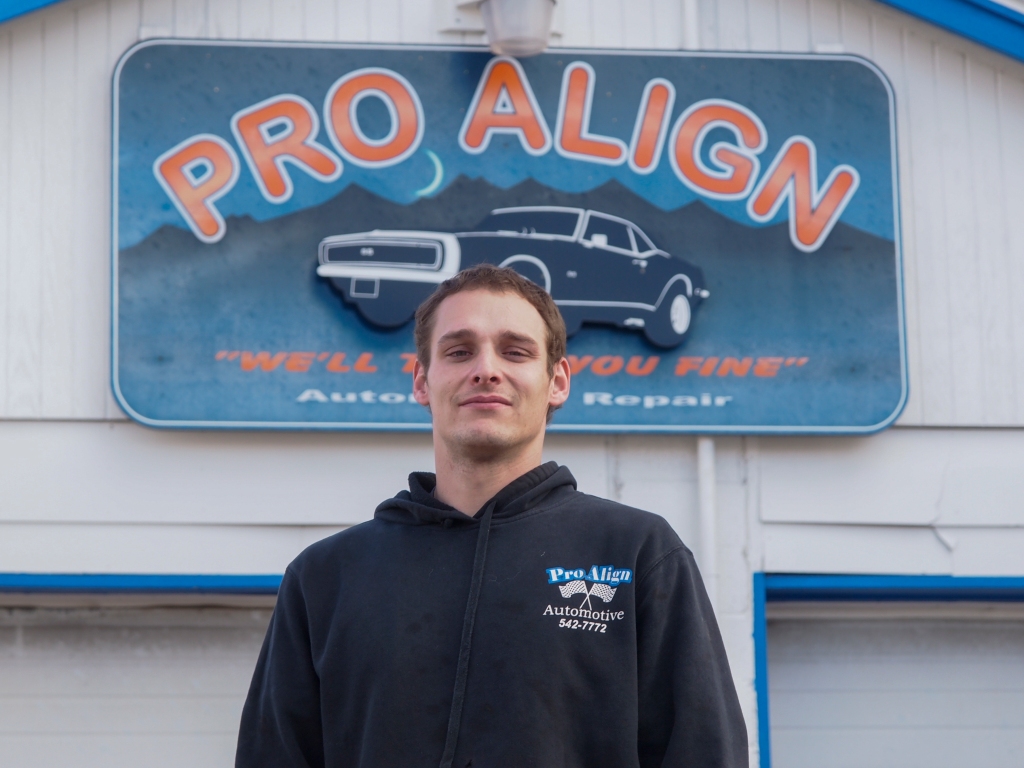 For Nick Feistner, 28, a mechanic who lives outside Missoula, a forgotten $20 speeding ticket turned into a three-year stint of joblessness and homelessness.

Four years ago, Feistner was stopped in St. Ignatius and ticketed for speeding. He failed to pay the fine and, three months later, got pulled over again, in Lake County, this time for not displaying a front license plate. That officer told him his license had been suspended, and Feistner was hit with almost $1,000 in tickets, including a $500 fine for driving with a suspended license.

He continued to work in Missoula for four months after that ticket, during which the burden of the fines caused him to fall behind on rent and lose his home. Meanwhile, the suspended license caused issues at work.

“I couldn’t test drive a car after I finished repairing it,” Feistner said.

He moved into a motorhome behind the shop and continued to work for three weeks before he found a Craigslist ad for a piece of land where he could live and work outside of Clinton. His own business, a mobile mechanic service providing roadside assistance, withered because he couldn’t drive to respond to calls.

License suspensions can carry huge consequences for people living far from work without access to adequate public transportation, according to Phil Telfeyan, the lead attorney in a civil action lawsuit brought against the state in August by Equal Justice Under Law, a nonprofit based in Washington, D.C. The suit claims the state is “running a wealth-based driver’s license suspension scheme that traps some of the state’s poorest residents in a cycle of poverty.”

Telfeyan says about 39 states have laws that suspend licenses for unpaid court debts.

“The consequences for a minor infraction … are different depending on your wealth status,” he says.

From October 2016 through September 2017, 739 people were cited for driving with suspended or revoked licenses in Missoula County, an increase of almost 67 percent over the same period in 2012-2013. Infractions such as failure to provide insurance at an accident, DUI convictions and falsifying information for a driver’s license can result in a license suspension, according to Montana’s Department of Motor Vehicles website. A failure to pay court-imposed fines or child support and failure to appear in court can also result in license suspensions.

Feistner was trapped in a cycle. He couldn’t legally drive to court appointments more than an hour from his home, which led to resuspension of his license, which forced him to drive illegally to Helena to pay his license reinstatement fees. So he finally stopped driving.

Feistner said his judges took a “tough luck” attitude toward his situation. Unable to commute to a job and earn money, Feistner fell behind on his child support payments.

“I wasn’t pulling my weight,” he says of those responsibilities, and after several years, he says, he “finally threw up my arms” this fall and started driving again to look for work. He decided he’d suffer the consequences if he was pulled over again with a suspended license.

Last month things changed. Feistner contacted Equal Justice Under Law after a friend sent him an article about the organization’s class action suit. Feistner contacted the attorneys, believing his license was still suspended. After giving them his case numbers, they discovered that his license had been reinstated, according to Telfeyan.

Feistner can now legally commute to work at the mechanic shop in Missoula, which re-hired him. He plans to revive his mobile repair business in January and hopes to move back to Missoula in the spring, four years after he first lost his license, his job and his home.

According to Missoula assistant municipal judge Sam Warren, the root of the issue is drivers who can’t afford the expense of owning a car. Warren says he often sees people in court with suspended licenses due to missed court appearances or unheeded traffic tickets.

“It tends to be a hole they get in and just keep digging,” Warren says.