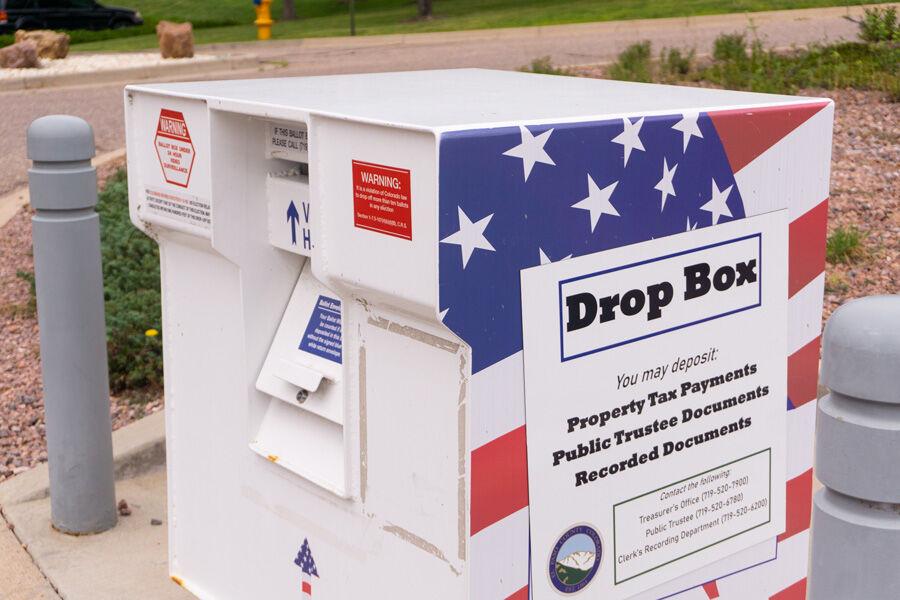 For the first time in nearly two decades, Marguerite Terze won’t be working as an election judge in November’s election. She and her husband Mark Schwarz, both over 60 years old, have almost four decades’ combined experience working as election judges in El Paso County. Schwarz, likes to say, “the couple that works elections together, stays together.” But this year is different; this year there’s a pandemic.

Election judges — temporary paid workers — are a vital but often overlooked cog in American elections, and they are generally older and in the at-risk age demographic for COVID-19. That creates challenges for staffing polling centers. The El Paso County Clerk and Recorder’s office, which runs elections, is taking precautions to protect workers and creating steps to find new staff to fill the positions of older judges who decide to not return this election.

According to a Pew Research Center analysis of the U.S. Election Assistance Commission’s biennial Election Administration and Voting Survey, during the 2018 midterm elections, 58 percent of poll workers were 61 or older and 27 percent were over 70.

El Paso County will hire around 600 judges to staff this November’s election. They perform tasks in the elections office — counting ballots and entering data — and they staff in-person polling centers, check IDs, collecting ballots and help register voters. There will be eight positions this year due to a new job added by the county to ensure COVID-19 safety at in-person polling centers.

Each center will average two judges who will enforce social distancing between voters and sanitize voting stations, pens and all high-touch surfaces. They will flip a sign to red to indicate a voter has entered a voting booth and then flip it back to green after the booth has been sanitized.

For many older poll workers, serving as a judge has become a tradition.

“They come back time and time again. And they love to come back because it’s an opportunity for them to be a part of something bigger than themselves,” El Paso County Clerk and Recorder Chuck Broerman says. Returning judges catch up on each other’s families and health and even form Bridge groups, Broerman says. The Clerk and Recorder’s office has only heard from a few older judges who won’t be returning this year, but the office just began filling positions this past week.

In May, Colorado Secretary of State Jena Griswold called for increased recruitment efforts for the June primaries due to concern that COVID-19 would reduce the number of repeat judges. Many of November’s election judges will be those who worked in June. Judges are recruited from both parties’ caucus lists and past judges, and election organizers post an application online to fill any remaining spots.

Each judge completes training and must pass a Colorado Bureau of Investigations background check and possibly a driver’s license check if they are driving to pick up ballots from drop boxes. They are paid around $15 an hour.

“[Some election judges] have opted not to participate in this year’s election, and that’s fine. And we’d love to have them back when they feel that they’re ready to be able to do that,” Broerman says. “But we have a lot of them where … they feel comfortable. They see our processes and procedures and they’re in it like they were before COVID.”

All judges are required to wear masks and are provided optional gloves. There are Plexiglas shields for judges who check IDs and update voter registration. All bipartisan judge teams (most election judges are paired with a person of the other main party) will remain a team for the entire election.

All judges will be screened for COVID-19 symptoms and have their temperature checked each day they work. The Clerk and Recorder’s office will overhire, as it does every election year, to fill any vacancies that occur at the last minute. The office also released a new manual outlining safety practices for judges this November.

Schwarz, Terze’s husband, worked the June primary at a polling center and felt like the county’s safety precautions were sufficient. He felt safe and thought the election judges who focused on cleaning did a particularly good job of sanitizing the voting centers. He took a COVID-19 test before working in June to ensure he was not spreading the virus to others.

Terze didn’t work the primary due to health concerns unrelated to COVID-19, but with only one of them working, it reduced the couple’s virus exposure.

“If one of us goes to be a judge and the other stays home and works the process from home, we’re cutting in half the risk that we might be bringing home the virus,” Schwarz says. Terze is calling people to make sure they are registered to vote while also fulfilling her duties as secretary for the El Paso County Democratic Party. But the importance of her longstanding role in county elections is not lost on her.

“The judges are the ones who ensure that the election is being conducted fairly in a nonpartisan way and accurately. They’re involved in every step of the process,” she says.

Voting in person in November could take more time, so Broerman’s office is pushing El Paso County citizens to vote by mail and, no matter the method, vote as early as possible.

“Don’t procrastinate. Don’t wait till that last day,” Broerman says. “We really are trying to push through a concerted effort to educate voters to come early [for in-person voting], but really, we want people to register and be able to get their ballot [in the mail] 22 days ahead of time,” he says.

Angie Leath, the director of elections, encouraged in-person voters to study the ballot issues before they come to polling centers so they can vote as quickly as possible, leaving time for cleaning after they cast their ballot. Plus, polling centers will have fewer voting booths in November due to the 6-foot cautionary spacing, though the county will still have more voting capacity than past elections due to planned expansions.

“…Study the issues and candidates prior to coming in so when you come, you’re in and out quickly instead of trying to read the questions for the first time,” Leath says.

People who wait until Election Day for in-person voting will be able to vote if they are in line by 7 p.m., Broerman says. The clerk’s office opens for early voting on Oct. 12 and on certain dates thereafter. A group of seven locations will open on Oct. 19, and the third group of 27 sites will open Oct. 30. A full list of the times and dates of locations is listed on the county clerk’s website.

Each of these locations will be staffed by what Broerman calls the “best election judges” in the country who take the job because they get to be part of something that’s “bigger than them” and because they love their country and its election process.