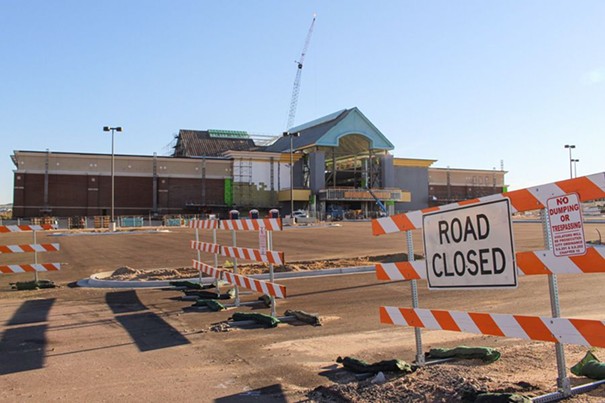 Disgruntled business owners in northern Colorado Springs will get their chance in court July 30 to shake loose documents that could explain where millions of dollars in current and future bond funding are being spent. The Interquest North Business Improvement District (INBID) board, which oversees commercial development contracted to the Nor’wood Development Group — the largest developer in the region — is accused by two businesses in the district of not releasing financial information under the Colorado Open Records Act (CORA), despite numerous records requests in the last year.

The INBID was organized in 2004 and is made up of more than 100 acres of commercial property and almost two dozen businesses between I-25 and Voyager Parkway. The board that oversees the business improvement district’s operations and development has five members, all either owners or employees of Nor’wood. They include David Jenkins and his son Chris, who own and operate Nor’wood, meaning the board is under the control of the private development company.

The case highlights that Business Improvement District boards must comply with open records laws even when a developer controls the board. Dozens of these boards in the region control special districts along with millions of dollars in taxes that, without transparency, the public is unable to monitor. Concerns center on Scheels All Sports which already received millions in city sales tax subsidies, and the district’s attempt to give the store a pass on property taxes that support the district’s infrastructure. BIDs are created to help maintain and pay the costs of developing infrastructure in commercial areas.

In February 2019, the city of Colorado Springs granted a $16.2 million sales tax credit over 25 years to seduce Scheels into building in the Interquest district. Nor’wood, operating as its subsidiary Interquest Marketplace, LLC, asked City Council in May 2019 to exclude Scheels from the business improvement district, alarming other businesses in the district. Excluding Scheels would excuse the mega-retailer from paying off its share of bonds used to develop the commercial area along with other district businesses, saving the retailer an estimated $193,800 a year.

The developer withdrew the request a few months after presenting it.

Tim Leonard, the president of The Deepwater Point Company, a development management company, is representing the owners of Burger King and Cheddar’s Scratch Kitchen in the Interquest North district, began looking for more details about the financial dealings within the district. He filed his first CORA request in September 2019.

Leonard says the board has released thousands of pages of documents that are largely “unrelated” since he filed a lawsuit in May 2020 that challenged the districts responses to his requests. The lawsuit alleges that in the past year, the board has repeatedly refused to disclose public documents pertaining to each of his four CORA requests.

“It’s just shameful that we have to bring a lawsuit on the district that we pay property taxes into just to find out how those property taxes are being spent,” Leonard says. Interquest North BID already received approval for over $11 million in bonds from City Council and asked for the approval of more than $13 million in future bonds on June 12. The future bond approval is slated for discussion during the July 27 City Council work session.

“It is a dispute between members of the district that I think is properly resolved in the courts,” David Geislinger, councilmember for District 2, where the INBID is located, says.

“My understanding is that the district owes a fiduciary duty to all of its members,” Geislinger says. “A breach of fiduciary duty, whether or not there has been one and what the consequences of that are, are court issues.”

Geislinger said he declined to answer questions specifically about the CORA lawsuit and the current bond consideration because Council does not comment on pending litigation.

Leonard said that the businesses were excited at first that Scheels would be joining the BID because the mega-retailerwould likely help pay off the bonds more quickly, therefore eventually lowering overall property taxes. Leonard says including Scheels would mean mill levies against the entire district would decline.

“These taxes go right to their bottom line. And again, [the businesses] don’t mind paying it if it’s going to do the right thing,” Leonard says.

“If the government wants to give them a subsidy, [they’re] fine with that … But they don’t want to give Scheels any kind of subsidy from the district. Scheels needs to pay its fair share in that district so these bonds can get paid off.”

So far the search for documents detailing legal, financial and construction contracts has been stymied by the Interquest North BID board. According to the lawsuit filed this May, the district released few records and responded that it was “not in possession” of others. Leonard says their response is akin to a homeowner saying she was unable to provide the contracts for a basement remodel that she paid for in her own house.

“If the developer is doing the work, then the developer should be sharing that with the district and therefore we want it from the district,” says Leonard, who lost his own election bid for an INBID board position this May. Since the board is composed of Nor’wood ownership and employees, he says he doesn’t understand why they can’t get the documents from that same company.

The Interquest North district board was unable to provide a response due to pending litigation, according to the district manager, Josh Miller. “The District has made every effort to be transparent and open in all of its business and will continue to do so,” Miller wrote in an email.