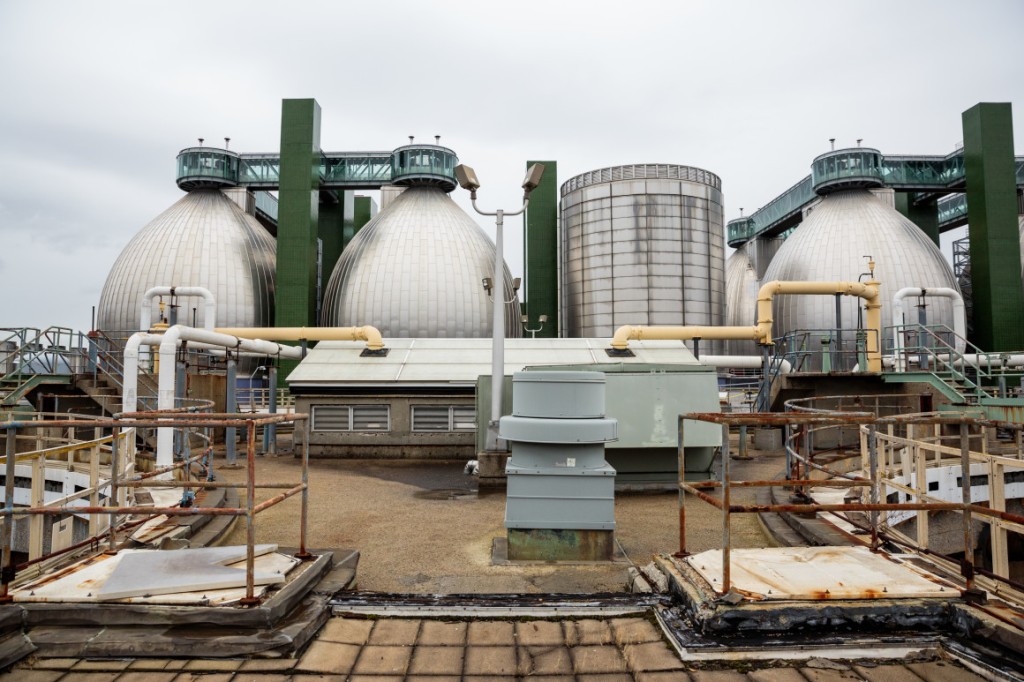 Every year, America throws away more than 80 million pounds of food. More than three-quarters of it ends up in landfills, where it takes up more room than any other kind of waste and produces as much greenhouse gases as 3.4 million vehicles.

The food waste that doesn’t end up decomposing at the dump is most commonly diverted to compost facilities that turn organic material into nutrient-rich soil. But an increasing number of municipalities around the country are looking to do even more with this untapped resource by turning it into usable energy called biogas.

Driven by legislation and public demand to limit the size of their landfills and reduce carbon footprints—eight states have food-recycling laws, six have food waste bans and even more states or cities have enacted recycling legislation—at least half a dozen American cities have begun using anaerobic digestion to handle food waste. Widespread in Europe, anaerobic digestion uses bacteria to break down organic material in an oxygen-free environment—a faster process than traditional composting, which depends on oxygen to do the work. It’s the same technology cities already use in wastewater treatment.

Los Angeles is expanding its food-to-biogas program, a private facility recently opened in Salt Lake City to take restaurant food waste, a fuel company in Philadelphia announced plans to build a food-to-fuel processing plant last year, and in Connecticut, one anaerobic digester is running while three others are scheduled to be built.

One of the country’s largest facilities is in Brooklyn, New York, which in 2016 began using its own Newtown Creek Wastewater Treatment Plant to process 130 tons of liquefied food waste, roughly 3 percent of the city’s daily food waste. And food waste is just a fraction of the sewage that the plant handles in its eight gleaming egg-shaped silver tanks. But officials expect that Newtown will produce approximately 190 to 275 million cubic feet of natural gas for local electricity generation by next year.

“It really is an exciting sort of sustainability circle,” said Pam Elardo, the city’s deputy commissioner of the Bureau of Wastewater Treatment.

But despite the proven technology, Newtown is still among a minority of the nation’s wastewater facilities handling food waste. Indeed, none of New York’s remaining 13 wastewater treatment plants processes food waste.

“We are at one-seventh, maybe even one-tenth of the potential of this industry,” said Patrick Serfass, the executive Director of the American Biogas Council. According the organization, there are over 2,000 anaerobic digesters in the country built to produce biogas, but most that process food waste are on farms not in cities.

Cities have been slow to divert food waste to anaerobic digestion because it is more expensive to start than composting and requires new sites built by private investors or costly updates to existing public infrastructure. Digesters are more expensive to build and maintain than composting facilities like the one in San Francisco, but they have the benefit of producing two valuable byproducts: a rich soil additive prized by agriculture operations and biogas, which can be sold and reused as fuel.

Serfass stresses that composting and anaerobic digestion complement each other; San Francisco uses both. Often anaerobic digesters, especially ones that process sewage and food waste like Newtown, struggle to process yard waste, such as leaves and sticks. Compost can handle it better. Digesters also work best in densely populated or high-use agriculture areas because they need a consistent and large supply of food waste.

Current federal regulations provide a disincentive to make food waste into biogas by reducing the value of renewable gas that a wastewater treatment plant produces if it includes food waste as part of its intake. Nevertheless, wastewater plants can offset their own energy costs by using the biogas they produce. Earlier this year, San Luis Obispo, California, a coastal city of 47,500, chose not to use the city’s wastewater treatment facility and instead began sending food waste to a private facility that solely processes food waste from multiple sources on the California coast.

“We were able to divert all of the organic material to a facility that could capture all of the methane coming off of it and turn it into something productive,” said Jordan Lane, the city’s solid waste and recycling coordinator.

The facility, owned by Kompogas , takes in about 100,000 pounds of waste a day. The facility produces enough energy to fuel itself and 600 homes a year. The city mitigated odor issues from food waste and complied with California’s food waste diversion requirements when it switched to the anaerobic digester.

“We chose to use the digester out of convenience, sure, but also because it was arguably our best and most local option for organics treatment and disposal,” Lane wrote in an email.

Expansion is on the minds of New York officials. By 2021, Elardo hopes Newtown can ramp up from the 130 tons processed each day to 250 tons—nearly doubling its capacity, but still a long way from handling all the city’s food waste.

“It takes an investment on our side, and it takes public support to be able to drive those investments for that specific need outside of our regular business,” she said. “We could take a hundred percent of the city’s food waste. I mean, it’s not a crazy idea. What the problem is, it’s a logistics problem.”