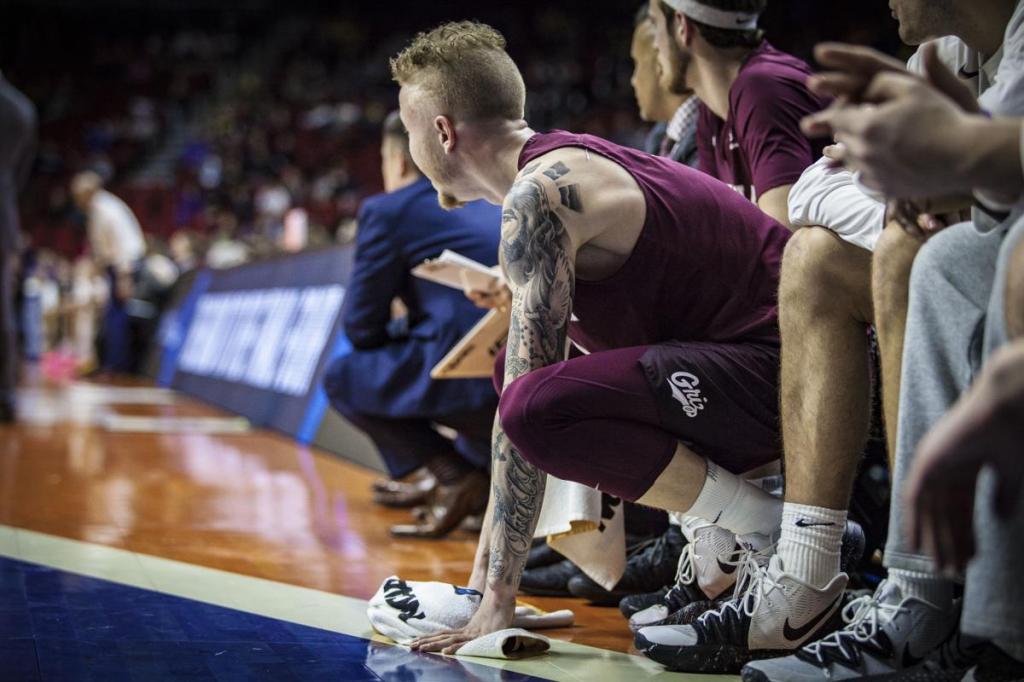 Michigan ran away early in the game, demolishing the hopes for a Cinderella run in the March Madness tournament for the Griz.

“We were fortunate we were able to defend the 3-point game and defend their isolation match-ups,” Michigan head coach John Beilein said.

The two heavily defensive teams battled, and the Wolverines dwarfed the Griz. The Griz showed up defensively but to beat Michigan their shooting needed to be more efficient.

Nothing sunk through the net. They took early shots instead of being patient – taking nine more game shots than Michigan. The Griz shot under 30 percent. Even steely Bobby Moorehead missed a dunk early in the game, which seemed to kill any life the Griz had.

“I think it’s unfortunate we couldn’t get the ball in the basket, 27 percent is never enough in these types of games,” DeCuire said.

Donaven Dorsey, a senior guard, and Timmy Falls, a sophomore guard, both showed up to help keep the Griz from a complete blowout.

Each time it looked as if the Griz could claw themselves past Michigan, their momentum was stalled by the height of the opponent.

A blow-out loss was not the way DeCuire and his senior class wanted to end the season. But, the Griz did not give up. They continued the defense, pushing a full-court press on Michigan’s offense. Montana kept pushing because win or lose that is what DeCuire has built this team to do.

“We wanted to go there for each other and on national television if we were going to go down, we weren’t going to go down without a fight,” Ahmaad Rorie, redshirt senior guard.

The Griz fell heavy to the Michigan team, but the program is still making history in the Big Sky Conference. The question is: When will Big Sky Conference teams start giving NCAA tournament teams a real challenge?

The Griz tried, but only one Big Sky team has won in an NCAA tournament game in the last three decades.