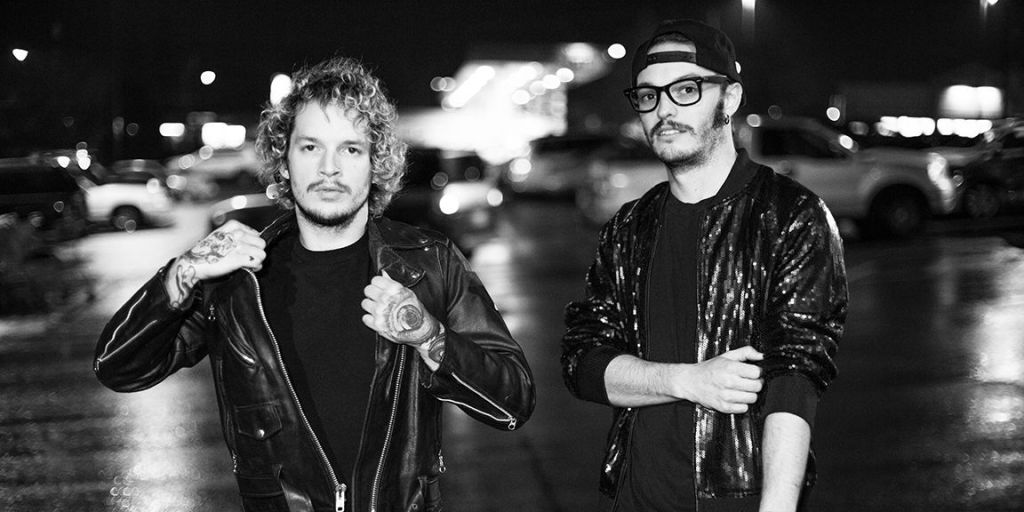 Electro-indie duo Cherub (Jordan Kelley and Jason Huber) resumes its Free Form Tour this month. We caught up with Huber before the band stops in Missoula on Nov. 6 and learned nothing beats some Pedialyte and a good Key lime pie.

MONTANA KAIMIN: Did either of you ever consider doing anything other than music?

JASON HUBER: Jordan and I both met when we were going to school for music production. There really isn’t much else that we can see ourselves doing with our lives. We do make music because we don’t really know what else we are good at.

MK: Both of you have been touring and producing music together for almost 10 years now. What has kept you guys together?

JH: It’s pretty much we live together, and we’ve had a really long lease. So once this lease is up we’re done — Cherub is done. I am teasing. We live together. We work together. We play together. If there is ever any disagreement, it immediately gets addressed so there are no hard feelings. It has kept us on good terms for years now.

JH: We obviously are not as wild, deviant or angry as we are in some of the songs. We are not each one of those magnified characteristics or emotions every single day. We take the things we live in our daily lives and embellish them and turn them into something more. Traveling around the world and the day to day of everyone’s life is our inspiration

MK: What inspired the visuals of your most recent music video, “Want That?”

JH: “Want That” was the first video that I directed. The song made me have this crazy idea of showing up at the studio and turning into mannequins and dancing around with them. The inspiration came from the grandiose late ‘90s pop and hip-hop videos like Missy Elliot and Busta Rhymes — in your face, very bright and vibrant.

MK: What are you most excited about in your new releases?

JH: I am very excited that there is a whole lot more of it. We have well over an album’s worth of material collected since the last record we released. But instead of putting it all out at once, we decided to go one or two songs at a time to allow us to focus on each song creatively — put the energy behind it that we have been feeling in the studio.

MK: What does Cherub hope listeners take away from your songs?

JH: If somebody is going to sit down with the music and spend some time with it, I would hope that they can find something that resonates with them. I hope they listen long enough to realize that we write for a little bit of everything because we are inspired by the world around us. We do not try to fit things into one box, we just put out what feels right.

MK: What is Cherub most stoked for now that you are touring again?

JH: Well it has been almost two years since we have been on a proper Cherub tour, so just to be back on road, in the bus, playing shows every night and seeing everyone dancing around. That is the best feeling in the world. That is the reason why we wake up in the morning.

MK: What does Cherub have to have when they show up to venues while on tour?

JH: I ask for a couple of things of Pedialyte because that is the ultimate pro-move: drinking some Pedialyte before you sweat out the liquor from the night before. It is a nice replenishing beverage.

MK: Does Cherub have any weird rituals while on tour?

JH: We did get a Key lime pie for every Friday show for a while because it was a nice checkpoint in the week for the crew and often you forget what day of the week it is. Jordan typically goes and sings with his French bulldog, George, before the show to warm up. We do “Chug for Merch” where we get a local non-alcoholic substance, and make people chug things like Maple syrup in Vermont, for merch booth prizes. What should we chug in Missoula? Shout us out on social media for what we should chug in Missoula.

MK: Is Cherub excited to return to Missoula?

JH: The first time we ever showed up to Missoula, we were driving from Colorado all the way to the West Coast. We stopped through on the way on a Monday night. We were playing with a band we had never heard of before, playing a club we had never heard of before, playing in a town we had never been to before and had absolutely no friends in. So we had no idea what to expect, and we ended up having the best time ever. It is one of those remarkable reminders to never sell anything short, never judge a book by its cover. We always look forward to Missoula.